Philli G is not from Philli his from Brum

His not from Philli, but Philli G can hold his own with those from Philli, Miami, London and anywhere else you can think of! Born and breed in Birmingham UK, Philli G, born as Phillip Gregory, is a renowned DJ who has won numerous awards for everything from Slow Jams to Dub Step. Supatrax catch up with him as he enters his latest music project with Birmingham's infamous MC Brasko.

Philli G has been in the game for 10 years which started when he was only 16 years old. We asked Philli G to highlight some his achievements throughout his career:

"I have played in Gatecrasher, Cream, Gods Kitchen, Amnesia, Mambo (Ibiza), Syndicate and to many more to mention. The top 3 DJ's I have played alongside would be Tim Westwood, Roger Sanchez and Arman Van Buuren." 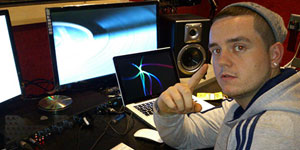 "I am currently working with Brasko from Birmingham as a partnership and we go under the name of "The Lightning Boyz". I am also working with Maxwell D, Deadly and Macca of StayFresh, Ms V (J Dove Agency, London) and the hottest band in south England, Triple Threat who consist of a beat boxer, guitarist and a fearsome vocalist, Myk, Elliot & AJ."

What's you USP? and sum ya self up in 1 sentence:

"I'm a hard working guy who is loyal to his family and friends with a crazy passion for music."

You have achieved quite a lot and worked with some big names, what are your best and worst achievements in the game so far?

"I see every step of my music career as an achievement, it has lead me to where I am today.

"My worst moment was when I had a bag with over 1000 CD's in along with my set money from the night (around £300) stolen. I had to do a lot of CD burning after that night!" 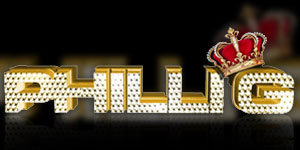 If you wasn't doing music, what would you be doing now?

I cant imagine myself doing anything else, music is my life.

People in your postion or similar can be influence in how others act - Is there a pressurre being a role model and what advice would you give someone coming up / trying too get into the music game?

"People in the music scene who have people looking upto them should take into account that their actions can influence their fans and promote a positive message to them.

"My best advice would be to learn as much as you can about what you want to do as knowledge is power. Don't take part in music politics, it will get you nowhere, oh and don't be dis-hearted by haters, they really are you best fans and have a career plan."

We'd agree Bro, how can you achieve something if you haven't made goals to achieve what you want to?. It's a hard thing to do as things can change soo quickly - but you can always reasess and change the goals you've set yourself. Make them short term goals (what you want to achieve by next week), then medium and long term goals - What you will have done in a 3 months or a year. Any way enoough of the long talking!! Who were yoour personal role models, and is there anyone you'd like to give a shout to?

"I appreciate what everyone in the music scene does musically but my only 2 role models will always be my Mom and Dad.

"I like to give a big shout out and massive thanks to Brasko, Triple Threat, J Dove Agency, Ms V, Klash Dis, Smoochi, Maxwell D, Russke, Tim Westwood and most of all my fans. Big love for you all.

What are the plans for this year? and where can peoople get further info?

Tours this year will be in France, Amsterdam, Ibiza, Belgium and Tokyo. If anyone wants anymore information they can hit me up on Twitter @OfficialPhilliG 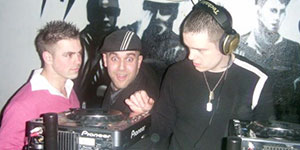 Q: What is a definite fashion no, no? A: Tracksuit bottoms and Rockports, oh dear! . . .  Do Rockports still exsist????

Q: Favourite music artist? A: Impossible to choice just one.

Q: Favourite food / meal? A: Got to be the chicken butterfly at Nandos!

Q: Favourite football team? A: Aston Villa . . . They getting done over this season Bro!

Q: Cheesiest chat up line you’ve used / heard? A: A girl tripped into my mate and he said "Your falling for me already and we only just meet, we're gonna get on just fine." . . . That's a dangerous chat up line, you could hurt her or ya self! - or you could be done assault! LOL

Q: Legalise weed or not? – Why? A: It's a fact the worst drugs on the planet are tabacco and alcohol, so yeah, free the weed!

Q: Your passport says British (or does it?) – What’s your Heritage? A: Born and bred in Birmingham, UK.

Look out for "Step It Up" Dubstep album, which is available on iTunes, Amazon MP3, eMusic, Spotify and many more. Just search "Philli G"

Look out for some of Philli G's mixes and tracks on StickyRadio.com and Supatrax.