99 Problems And I Bet Ya Fertility's One!

That's right fellas, there is still a flickering flame of hope that you may be able to snatch  the worlds hottest diva out the arms of the world's ugliest rapper, as Beyonce's mother reveals pregnancy rumours are false. 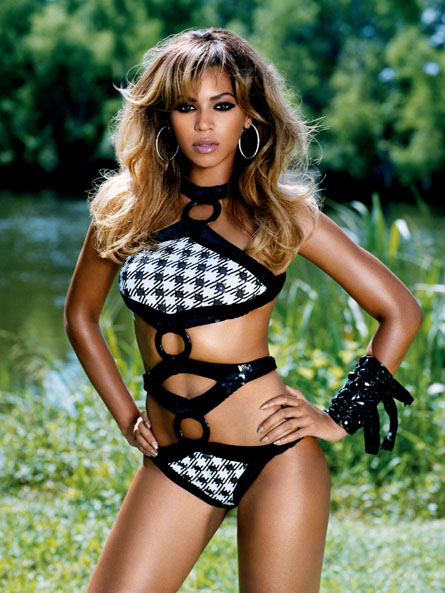 I'm sure if we were all in Jay-Z's shoes, impregnating Beyonce would have been number one on our to do list but it seems as if Hova is satisfied with having the hottest chick in the game only wearing his chain.

Last week, news that Beyonce was carrying her first child was flowing round the rumour mill. However, today Beyonce's mother confirmed that the rumours are false.

Mrs Knowles joked: "I'm here to clear the rumours up. It's not Beyonce that's pregnant it's me. With all the rumours about my daughter, I should have five or six grandchildren by now."

In an interview with The Daily Telegraph Jay also confirmed there is no truth behind the rumour that his wife is carrying their first child.

Now, every brother in every barbershop is starting to question whether Jay-Z is really black. I mean, brothers be making babies everyday accidentally and Jay has been with Beyonce since 2002 and still hasn't managed to hatch any eggs inside the couple's A-list love nest.

Number one: Jay has developed some kind of super child support dodging gene that allows him to be the master of his own sperm.

Number two: The dudes straight infertile, baby making for him is like a game of Russian roulette with no bullets in the chamber.

Number three: Eminem ain't the only white boy with skills. Jay pulled a reverse Michael Jackson to get himself in the hip hop game, therefore he doesn't possess the super reproductive genes that God blessed the black community with.