23 year old East london rapper Jaxor is going in HARD! - Please excuse the pun there, as the track is all about sex and sex toys!

Yeah, there are plenty of rap tracks about sex out there, so this isn't a major shock to the sysytem, but on first hearing the track, you don't know wheter to laugh, call that one freaky chick you got in ya phonebook or turn the tune off cus ya scared of getting a STD from listening to it!

We've previously heard references to the the infamous 'Roming Rabbit Rabbit' sex toy in 50 Cents' Amusment Park, but Jaxor takes it to a whole new level. If I ever met someone with a 'Toy Box' like Jaxors, and she pulled out the beads, or one of dem cyber sword looking rabbit tings . . . Blud, I'm grabbing my tings (I mean my coat, jeans and trainers - not 'MY TINGS') and I'm OFFFFF!!! LOL! 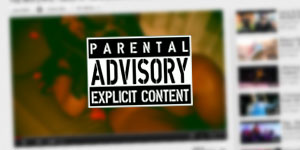 The track has got some hot response on youtube, on person qouted a line from the chourus: "We eat till we sleep"﻿, then added "Where can we download this?" Looooool!

Born and raised in Canning Town, East London, Jaxor is a long time member of the infamous UK super group Red Hot Entertainment. Alongside group members Terra, Gracious K, Klayze Flaymz, Ray, Kee and J Formula, Jaxor released two underground smashes under the Red Hot banner - 'Baby Girl', which is still considered to be one of Channel AKA's most popular records of all time, and 'Junior Spesh', which became a huge online sensation clocking up over 600,000 views on YouTube. Red Hot's most recent single release, 'Burning Hot', followed in the same avenue after causing a huge stir online whilst being championed by countless blogs in the process.

Now focussing on his solo career, Jaxor kicks off 2012 by presenting his new 8 track EP titled 'New Jax City'. 'Toy Box' is the lead single from the EP, and is accompanied by an explicit, NSFW video featuring glamour model Jahreen the Dream.

This video is sexually explicit, so you must be over 18 to watch! - Click here to watch