THAI food for the ears and brain

Thai, is a rapper from Birmingham dropping something different to the rest of the new emerging central city talent. Wikipedia says 'Thai cooking places emphasis on lightly prepared dishes with strong aromatic components' this would best describe Thai's debut mixtape 'Frontcovers and Centrefolds'.

Coming from humble beginings, born and raised in Birmingham by a singer Dad, Thai has been working hard for 2 years finding his feet in the music industry. Thai has preformed at a number of venues doing open mike nights with up and coming performances planned for 2013.

Thai has a unique smooth laid back style. The lyrical content meaningful and relatable  - You'l nod ya head and understand excactly where Thai is from and where he aims on going.

Thai recieved a major wake up call after straying from the right path. Thai then realised that music was his passion and writing was his game! After experiencing studios and shows from his father's singing career from young, Thai took it upon himself to battle his dyslexia and take his natural rhyming talent to new levels in his music and career.A solid love for Hip Hop, with a small twist of R'n'B now defines what Thai does, and who he is as an artist, today.

Supatrax caught up with Tahi and got to ask a few questions:

Explain yourself in a single sentence

The best way to put it will be; compelling and powerful, Laid back yet resilient, meaningful and essential.

To date, the completion of the first mixtape, Front covers & Centrefolds has given Thai the greatest sense of achievment. The Mixtape is out now (see the link below for a FREE download!) The lowest point is show he has had to deal with so many people in the industry who either bluff about what they can do, and /or make so many broken promises.

What would you be doing if you weren't doing music?

Using my degree and working as a personal trainer and coaching.

What advice would you give to some one who’s just starting out aiming to be in a similar
position to yourself or better?

Be patient, Keep grinding hard and don't let anyone put you down, be weary of who you work with as people and not always what they seem. 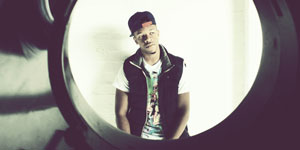 Musical influnces include Biggie Smalls, Drake, Kanye West, J Cole, 50 Cent & Jay Z to name a few. The most influencal impact has been his father who brought him up as part of the music industry.

Shout out to, my Dad & Philly. To the people that have supported me from the get go! Also, Aisha, Zara, Priya and Sheza.

Keep it locked to Supatrax and Sticky Radio to hear more from Thai.