Supatrax catch up with BowTye the rapper /producer from the Baltimore USA laying things down and looking to go cross Atlantic with his dope music produced in Columbia USA. As he launches the new album 'Cold War' Supatrax get an insight and up close and personal.

BowTye real name William W. Dantzler II, aged 24, has been in the music business for over 10 years and now releases his latest project along his Rap partner Elle Sadity. BowTye is more than your average rapper, he is qualified in Vocal Education, he's a High School Percussion Tech/instructor, he is also a Nominee for the UMA's "Best Rap Duo" along with Elle Sad!ty (@ElleSadity). He went on to say: "Together we make up the duo "SideKick" and have received US Billboard Top 40 play for "Stars" a song I wrote produced sung and rapped along with Elle Sad!ty via OurStage." 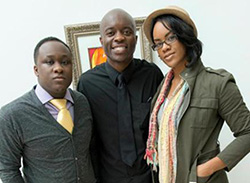 Supatrax asked, What is your USP? (Unique Selling Point) – What sets you out from the crowd – What makes you different to others doing a similar thing? He replied: "The fact that I blend styles of music, I'm the "Miles Davis" of my generation looking for "the sound" while mastering different forms of music like pop and r&b, rock and disco. I'm never truly satisfied whether it be a song that I'm writing or just doing a hook as I'm always searching for more within the sound." - It's clear the main sets himself very very high standards! We asked him to sum himself up in 1 sentence. He simply replied: "Greatest of all time."

Supatrax: We luv the passion and dedication you've got for the music you produce. Apart from the numerous qualifications and years of music production what would you say is the greatest achievement to date?
BowTye: Finishing my first project "Cold War"! I will be releasing it March 7th 2013!

Supatrax: So what is thee worst moment of your music career?
BowTye: Just all the BS (Bullshit) that A&R's and other people in the industry say and do selling these DREAMS. Also putting up and wasting money on events and things that aren't really worth the money and time!

Supatrax: If you weren't doing music, what would you be doing? BowTye: NOTHING! lol! No really nothing....Well maybe somewhere teaching music. Supatrax: But's that still music I suppose Lol! . . . Anyway, You've got teaching skills. So you must know about the pressure of being a role model as a teacher, but do you also feel you have a responsibility as a role model in the music game? BowTye: YES! I think its important to be the example.....that being said no one is perfect! I think the best example is someone who is open positive but still knows how to be themselves. It's not all about "GETTING MONEY" if your motivation is driven by passion then the sky is the limit, but if you are only here for the fame and money don't quit your day job! LISTEN TO THE RADIO lol!

Supatrax: So what advice would you give to people in a similar position as ya self and who are your role models?  BowTye: Passion FIRST everything else will follow! I look up to Pharrell Williams because he was also searching for a sound. Found it and shared it with the world! Thats priceless! Not too many people have their own SOUND let alone can make the world fall in love with it!" 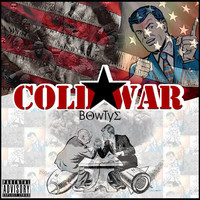 "I have to give a shout to MY TEAM!!!! BLM TIL I DIE!!!!! If you want further info about me and the team:
www.facebook.com/therealbowtye

For Beats: www.myflashstore.net/therealbowtye . . . . and of course right here on Supatrax - LOL!

Now let's get upclose and personal . . .

Supatrax: Single, looking, married, just working hard?
A: Engaged to be married - Supatrax: *POW - Big man ting!
Supatrax: Who would be your perfect partner?
A: My Queen Elle Sad!ty Supatrax: Dat's some real love bro! You mean to tell me Beyonce, Kelly, Nicki or Halle Berry wouldn't get a look at!???? Woah!
Supatrax: What is a definite fashion no, no?
A: OverSized Shirts and Baggy saggin pants
Supatrax: Favourite music artist?
A: Kanye West
Supatrax: Favourite food / meal?
A: Lasagna Supatrax: Right now in the UK most beef that is being sold is Horsemeat!! You should try a European Lasagna!! lol! *Maybe not!
Supatrax: Favourite football team?
A: Baltimore Ravens Supatrax: We should have said . . . We meant soccer team! LOL! - We'll pretend you support Birmingham City! LOL!
Supatrax: If you had 1 item to save from your home, what would it be?
A: My Mac Book Pro
Supatrax: What’s more important – Money or love? Why?
A: LOVE, I'd rather be broke with the love of my life than have all the money in the world and be alone oh and Im a Scorpio....love and passion is our LIFE Supatrax: I'm a fellow Scorpion! ;) The hottest star sign in the Zodiac! BLAP! Ya dun know this!
Supatrax: Cheesiest chat up line you’ve used / heard? A: Dont really know never been cheesy lol
Supatrax: Legalise weed or not? – Why? A: Nah I sing I don't smoke never have never will.....I think its OVER RATED
Supatrax: Best music track out now? 1 only! A: Kanye West - "Thera Flu"
Supatrax: Best music track ever? – 1 only! A: MJ - "Rock With You"
Supatrax: Your passport says British (or does it?) – What’s your Heritage? A: It's USA, Columbia SC born and raised
Supatrax: Tell us a joke?
A: uhmmmmmm don't know any off hand.

Keep it locked to Supatrax for further BowTye info and info on his releases.