Cheryls not racist - she got a black X

Cheryl Cole's ex is a Black English footballer, so HOW can she be called racist after kicking Black singers out of ITV X Factor? Was the marriage one of convenience? Supatrax explores.

Since Cheryl Cole chose not to have numerous talented Black singers progress to the finals of the ITV programme X-Factor, she has been branded a racist. But she had a Black husband????? Huh??? She also sat next to Will.i.am (from Black Eyed Peas) on the show, so she can't be racist!??? ALSO, the charges against her for calling a Black African female toilet cleaner a 'Black Bitch' in Ministry of Sound got dropped, so she CAN NOT be racist!!!! - Can she??

Facebook, Twitter and BlackBerrys are blowin up wid ber drama over Cheryl's behavior on X-Factor. Below is a round up of some of the comments and some background to what many labeled as the shame wedding of Ashley & Cheryl Cole. There is a Facebook group with more than 200,000 people complaining about her actions on X-Factor. ITV has also had 650 complaints. 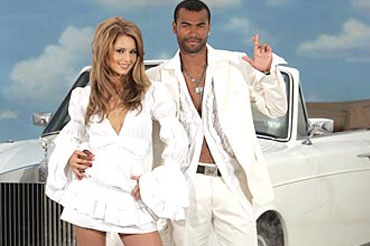 There were strong rumors around the time of the couple getting together. They were that Ashley Cole was gay. This was after a story by the News of the World stated that a number of England footballers were doing sexual acts on one another - Cole was named as being one of those footballers after a picture was printed of him with his hands round another man.

People say that the marriage between them was to prove that he wasn't gay and she wasn't a racist!

One of the PINGs goin round on BlackBerry Messenger read:

"The Metropolitan Police have too much time, they find the boy that sent a silly joke on BB out about Cheryl dutty crutch Cole within days / hours but still haven't convicted a the murders of Stephen Lawrence /:) now what does that show us!!! That they will bend over backwards for celebrities but any youth that dies can wait weeks / months / years that aint right . . . "

Gamu Nhengu, the X Factor contestant whose departure from the show caused a national outcry, has been ordered to leave the country.

The 18-year-old, from Zimbabwe, had been tipped to win the competition outright but failed to even qualify as one of the final 12 contestants after being rejected by judge Cheryl Cole.

Reports earlier this week claimed Gamu's failure was related to issues with her visa, and on Tuesday night the Home Office confirmed her family had been sent an official letter telling them to leave Britain.

The order was the result of an investigation into £16,000 in benefits wrongly claimed by her mother, Nokutula, The Sun reported.

Nokutula was denied permission to remain in the country and Gamu and her two brothers will also be forced to leave because they arrived on their mother's visa, the Home Office confirmed. 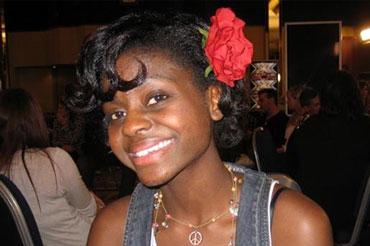 The family, whose home is in Scotland, could be deported it they do not voluntarily leave Britain.

A UK Border Agency spokeswoman said the applications "were considered in line with the published immigration rules".

She said the application was refused because "It did not meet all of the conditions for approval. Skilled workers are not allowed recourse to public funds."

A Facebook page protesting against the teenager's departure from the show had more than 200,000 members on Wednesday morning.

ITV reportedly received 650 complaints about the decision to boot the singer off the show.

There had been a number of HOT debates via BB Messenger; the message below highlights the height of anger that people felt about Cheryl's actions. Her actions got a number of race related debates taking place on the net and phones across the UK:

"For the bitch talkin about getting out of England may I remind u that it is ethnic Minorities that built this fucking country.... It’s ours... We run the economy . . . David Cameron loves us hence the reason we get invited over here to take over ur jobs....Cheryl Cole loves us too hence the reason she married a black footballer and hangs out wid Will I AM however the she also knows we are a threat....after all Alexandra Burke has had more number 1's than her even JLS she can't let it happen again....if u don't like us....stop get'n Botox...implants....Fake Tan....hair extensions...lip implants...basically plasticating ur lives away in order to compete with the sisters.... be proud to be pale and shapeless...face it bitch ur ppl dem can't survive without us blacks Asians, Polish, South Americans, Orientals...even the fuckin slaves and masters knew it.... U best do ur fucking research B4 u jump on the white wagon...who wants to be white? No one...who wants to be Black....well ask Jordan, Cheryl, Chloe Maffia, Cher Lloyd, Eminem, and the local chavs on the estate that have mixed race kids they'll tell ya sweet cheeks..."

During Black History Month race is going to be on the agenda higher than usual with Black people. Is the BB message rubbish, or is there any truth? 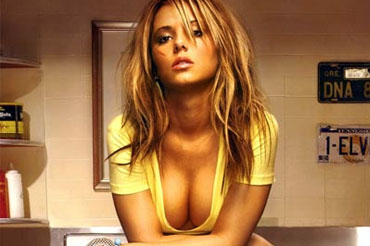 "Cheryl is on some next level racism! Kicking Gamu out just cuss she's African - she same as the Mosquito, that bite her (Cheryl Cole) and gave her Malaria!".

Gamu is an eeeidiot! She deserves to be dashed out the country! If you know that your family are here illegally, why would you go on national TV and look fame and attention???? She should have kept her hed down and just studied!  . . . But no, she had to go further and now she faces the consequences.

Send you reactions to the comments above, and your views on the whole thing to This email address is being protected from spambots. You need JavaScript enabled to view it.