On BB Messenger there was a 'Hood News' update bout a police block in Springhill / Dudley Road in Birmingham. But the police presence wasn't what people thought it was . . . 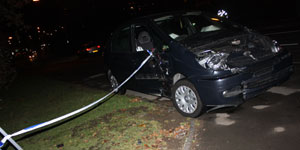 As the messages and text messages flew round on BB and mobile phones bout a Police check and 'to keep out the area if ya shit ain't straight' - the real reason Police locked off the area was because a young boy had been run over in a car accident.

The young boy remains in a critical condition and is fighting for his life, it has been said by close friends of the family of the boy.

The rar real talk is, if 'ya shit ain't straight' don't be on road, cus that could be your son, your grandson or your child. If the driver wasn't straight - that family are in a bad situation, an all because people think seh them nuh need insurance.

Think bout it before you drive wid no insurance.