A Birmingham shop keeper has been jailed for 4 months after he was caught selling skin bleaching products that contained toxic chemicals.

Jafeer Hussain, 33 repeatedly ignored warnings from trading standrards officials and continued to sell the illegal skin treatment's which contained Mercury, a substance that can cause kidney failure when comes into contact with human skin. Mr Hussain had been selling these dangerous substances to many black and asian women. He was reported to have been selling them from; Beauty Queens on Dudley Road, Winson Green; Afro Hair and Beauty on Coventry road in Small Heath and Soho cosmetics and Beauty Queens on Dudley road.

Experts suggest that skin bleaching is a trend that originally started in Jamaica. Reports show that many users continue to bleach their skins despite being 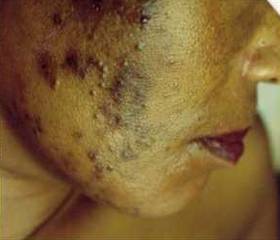 aware of its harmful side effects.

So what is it that is making black women risk their health in order to get a lighter skin complexion?

Beverly Edwards, a scholar in black history said: "if you walk through the ghetto's in Jamaica you will literally see black women with white faces. They bleach their skin so much it leaves them with a scarred washed out complexion. Some women who cant afford skin bleach even make their own by combining household bleach with other stuff. It's really dangerous."

"Things got so bad in Jamaica last year that the government ran a whole campaign called "Don't kill the skin" I think it's a fashion that has been influenced by black media. I mean in every black film the leading actress will always be a lightskinned woman. Alot of black female singers we see on t.v will always have straight European looking hair so a lot of young black girls who are growing up are seeing stuff like this and subliminally they are being told that natural black features are ugly."

"Dr Joy DeGruy touches on a lot of this in her book "Post Traumatic Slave Syndrome" their is a theory that due to the effcts of slavery black people have been made to hate themselves and think that their black features are ugly. After reading the book I started to look at things alot differently when I saw black women constantly burning their hair so it looks straight like white peoples its time we started to celebrate our natural black features more." 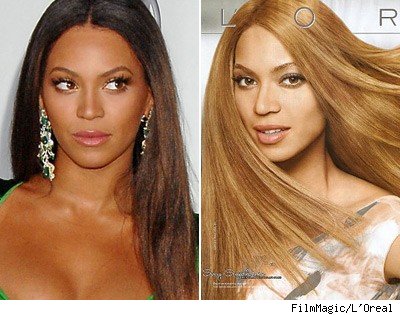 Beyonce's L'Oreal advert recently sparked alot of speculation. It was rumoured that she too had been bleaching her skin as her complexion apperead to be significantlly lighter in the advert. The singer stated the claims were untrue which led to the allegations that L'Oreal had whitened her skin to make the model look more attractive and fit in better with the look of the French product. However a spokesperson for L'Oreal denied that the company edited the singers pictures.